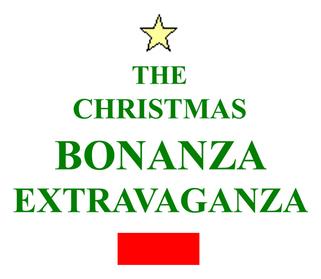 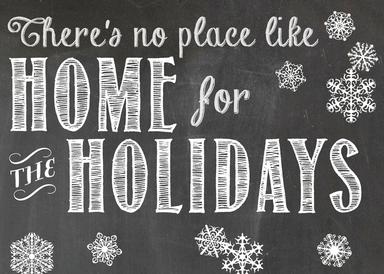 Christmas holds a special place in our hearts.  A time for family, friends, and lots of holiday cheer.

As we get older, and as our families grow bigger, it can be tough to stay close to each other during the busiest times.

With Billy living in California, and only home for a few days at Christmas, we thought we would throw a party for all.

But everyone has parties.  We wanted to do something different.  Something that would gather the most people at once.

We came up with the idea for THE CHRISTMAS BONANZA EXTRAVAGANZA, an annual party unlike anything out there.

We moved the party to The Strand Theatre (Clinton, MA) in 2002, and that was our home through Christmas 2006.

The Strand Theatre is a 300+ seat gem in the heart of our hometown, and we wanted to make films starring our friends.

Each Thanksgiving weekend, we would begin filming for that year's production, which would be shown at the party.

Billy wrote the scripts, Patrick edited the films, and good friend Tom Burke captured it all on tape.

Our friends & family each played a part - some big, some small, and everyone got to see themselves on the big screen!

Each show lasted approx. 30 minutes, which was then followed up with a live, game show themed Naughty & Nice raffle.

Food was served, drinks were aplenty, and good times were had by all in attendance.  Christmas cheer to last all year!​​ 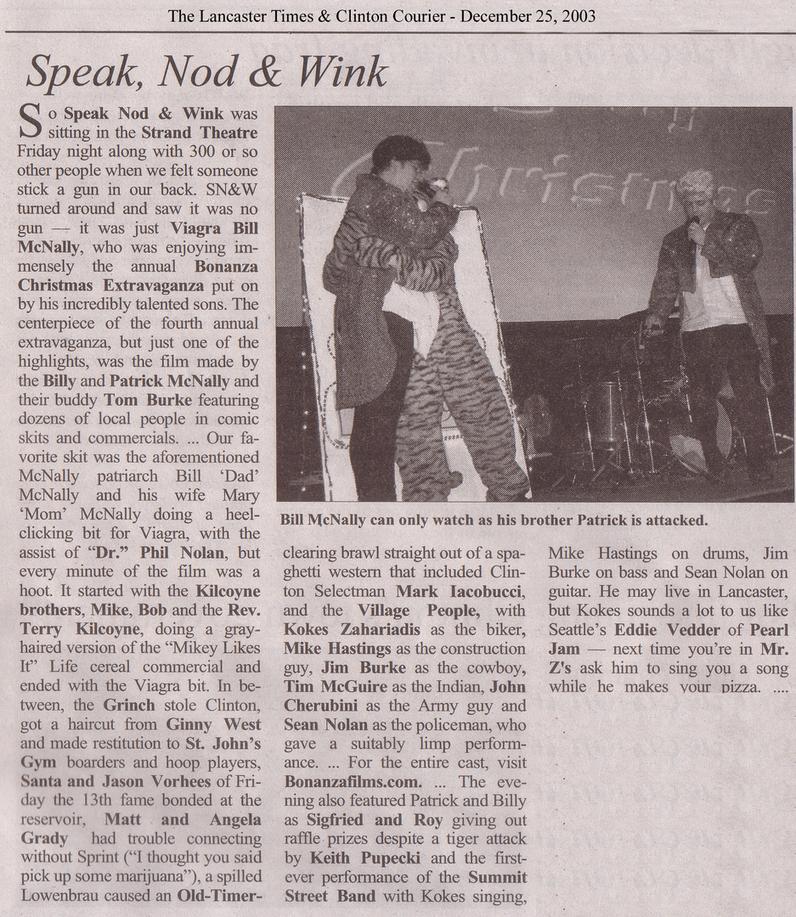